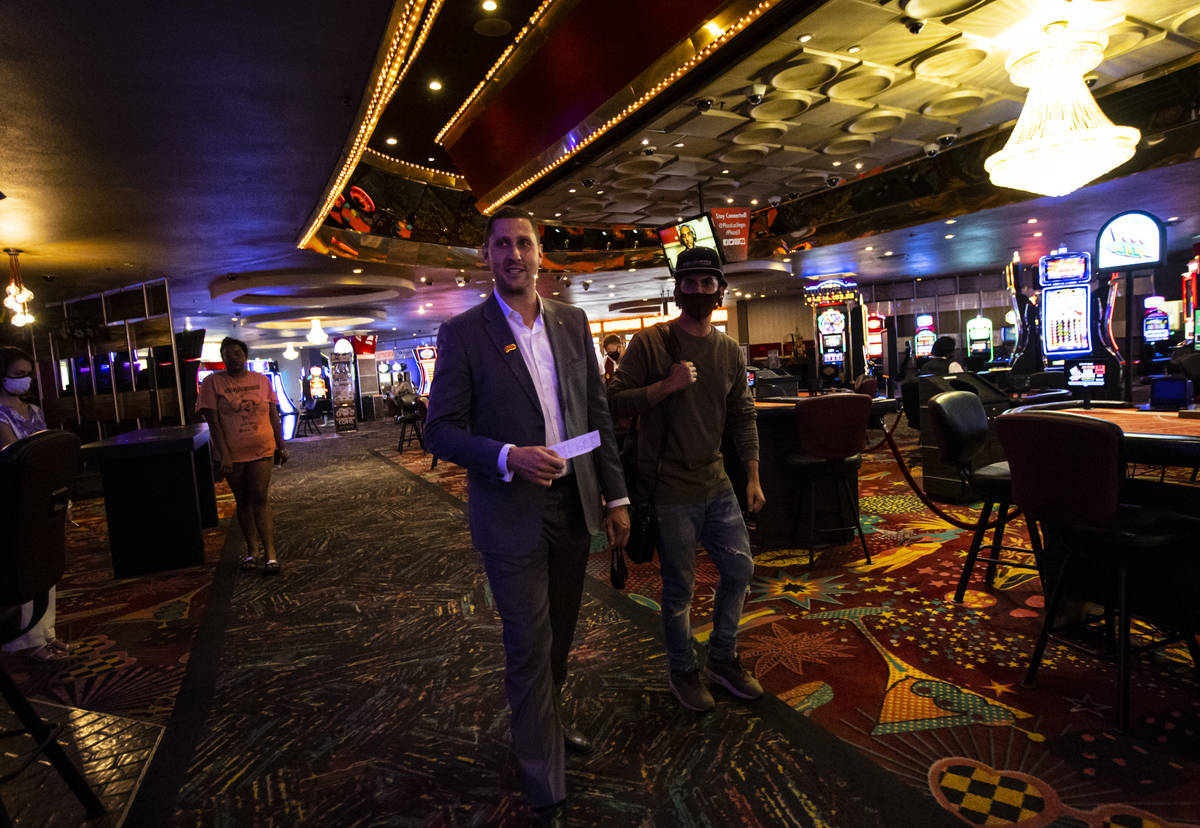 As COVID-19 case numbers and violent incidents trend upward in Las Vegas’ tourist corridor, the Plaza is set to install an AI-powered device at its entrances that can detect body temperatures, mask usage and concealed weapons.

Toronto-based Patriot One Technologies Inc.’s PATSCAN Multi-Sensor Threat Detection Platform is set to be operational within the next 30 days, in time for the hotel-casino’s New Year’s Eve fireworks show.

The equipment, valued at $68,000, will be embedded in the walls of the Plaza’s two open guests entrances and employee entrance.

“Customers come to Las Vegas and the Plaza for entertainment purposes, and we just want to be sure we offer them the safest place possible,” said Jay Franken, general manager of the Plaza. “This gets us there to the next step.”

Franken described the technology as nonintrusive, and said customers won’t be aware of the portal when they walk into the casino. If the device detects an anomaly, such as an elevated body temperature or hidden weapon, it alerts security.

“When it comes to safety and security, time is of the essence,” Franken said. “We get notified as early as possible to address challenges when they come up.”

The platform has already been put to use in a number of facilities, including the Ohio’s Great American Ballpark, used by the Cincinnati Reds.

Patriot One CEO Peter Evans said the device has a 95 percent accuracy rate.

“It will allow organizations such as the Plaza to put in place solutions that will allow them to restore confidence and trust in their clients,” he said. “Before anyone enters the facility, they’ve got measures to go and ascertain if somewhat’s healthy and are people following good health practices.”

The device is meant to enhance the downtown property’s current security measures. Currently, the Plaza is checking guests’ IDs, face coverings and temperatures.

Overall, violent crimes have gone down in the Metropolitan Police Department’s jurisdiction in 2020, but gun crimes and assaults are on the rise on the Strip. In October, aggravated assaults in the area were up 29 percent since last year.

COVID-19 cases have also been trending upward in Nevada. The state set a record Saturday for new COVID-19 cases reported in a single day at 2,269, and on Tuesday reported the highest daily increase in deaths in more than a month.

Franken said the Plaza’s partnership with Patriot One stemmed from the machine’s ability to aid COVID-19-related health and safety measures, and the weapons detecting features are viewed as an added bonus.

“I would think and hope that the incidents that are happening are going to lessen and eventually go away,” he said. “It wasn’t one of the primary choices or things we wanted to address with this (technology), but it does address it. We were just looking in general for something that would provide a safer place.”

The Plaza has signed a one-year agreement with Patriot One, but Franken said it’s likely the partnership will be extended.

“I don’t see what it wouldn’t go further than that one year,” he said. “Everybody when they travel, they expect to be safe. This just adds to that.”