The Rise of AI-Enabled Threat Detection: How Technology Can Combat Terrorism 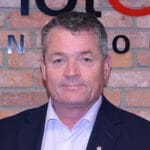 By Martin Cronin, CEO at Patriot One

Today, 55% of the world’s population live in urban areas. This proportion is expected to increase to 68% by 2050, according to the UN. As the world’s population continues to rise, enforcement of the laws essential to public security is becoming increasingly difficult. The challenge is identifying and monitoring those who seek to cause the public harm through violence or terrorism.

Today’s physical threat landscape is evolving at an increasingly rapid pace. As the stream of news headlines will attest, the public’s safety is under near-constant active assailant and terrorist threat. Data obtained from the ONS revealed that from April 2003 to 31st March 2019, there were 92 deaths in Great Britain as a direct result of terrorist acts (excluding perpetrators). When this is set against the unrelenting backdrop of rising international threat levels, a new approach to today’s physical security is needed to create safer public and private spaces.

The challenge demands a security response that is proactive, adaptable and dynamic. As we look ahead to the future of public safety, it is clear that new technologies, driven by Artificial Intelligence (AI), can dramatically improve the effectiveness of today’s physical security space. For smart cities, the use of innovative AI/machine learning technologies will help optimise security solutions is areas brimming with potential.

One such deployment is the use of AI-driven video object recognition/computer vision software which can be integrated into existing video monitoring security (VMS) systems. This AI-driven technology enables the detection of visible threats, such as guns or knives, helping prevent potential attacks as the assailant can be identified before an attack occurs. This helps to minimise the impact of an attack by an early alert to onsite security in real-time to the location and nature of the potential threat, allowing them to intervene before a weapon is drawn and used. These new video recognition capabilities can help fill the gaps that may be present with today’s existing VMS systems so that security professionals can be quickly identify and respond accordingly to potential attacks at schools, houses of worship, transportation hubs and event venues.

We are seeing an increase in the idea of smart cities across the globe: cities which deploy innovative technology to improve quality of life and public safety. Ensuring public security requires innovative and agile security solutions which are data-driven and problem-solving orientated, focused on preventing crime and terrorism.

About 500 of the roughly 1,000 cities being modelled into smart cities worldwide are in China. According to Chinese state media, the Chinese government expects $74 billion of public and private investment in these cities by the end of 2020.

However, rather than guarding against a foreign threat, China’s smart city technologies are focused on improving the surveillance of Chinese citizens through pervasive domestic security services. The security apparatus uses a vast network of cameras, facial and even gait recognition, driven through AI and cloud computing, to identify and track China’s 1.34 billion citizens.

With the advent of sophisticated surveillance and technological innovation, a level of caution must be exerted. Despite the ongoing global debate, there remains little regulation about the use of AI/machine learning technologies in today’s physical security space. One thing is certain; it must be deployed in the right place, at the right time, with the right privacy and civil liberty protection objectives. Unlike citizens in China, citizens in the UK, Western Europe and North America don’t want to be protected by omnipresent, overbearing security systems which infringe on their privacy and civil liberties. They want a proper balance between security and their current way of life, one that must be fused together to ensure we don’t sleepwalk into a mass surveillance society.

A layered, covert, multi-sensor approach to threat detection offers a rational solution. By deploying multiple sensor technologies that detect a variety of weapons, biological, chemical and explosive threats first, before an individual’s identiy is determined, the public concern about living in a ‘Big-Brother’ society is quickly mitigated.

Bleutech Park in Las Vegas is a North American Smart City project focusing on the improvement of its residents, businesses and visitors’ lives. Urban safety is critical to this project, and is why Bleutech Park invited Patriot One to participate in the $7.5 billion Las Vegas high-tech project – the first city in the world to boast a digital revolution in motion through AI, IoT, augmented reality, robotics and more.

All four technologies can be covertly deployed, integrated into a complete threat detection platform in a layered approach from parking lots to inside buildings. Integrating these multiple sensors into a single platform, and other security solutions, such as access control and alarm systems, can provide an all-encompassing, proactive security approach, for a wide range of venues. The result is a comprehensive, non-obstructive approach to safeguarding citizens.

Physical security threats are continually evolving and challenging our way of life. It is only by adopting a new approach to threat detection that such a wide spectrum of active assailant and terrorist attacks can be mitigated. Today’s smart cities are working this into their smart, connected and safe models. With various sensor devices connected to the IoT network to optimise the efficiency and safety of city operations and public services, it residents will not only stay connected but free from concerns and worries.

Innovative technologies are driving and enabling smart city programmes to flourish worldwide. But ensuring these projects include solutions to address physical security issues, including theft, civic disturbance and terrorist activities, will truly make these cities much, much smarter.